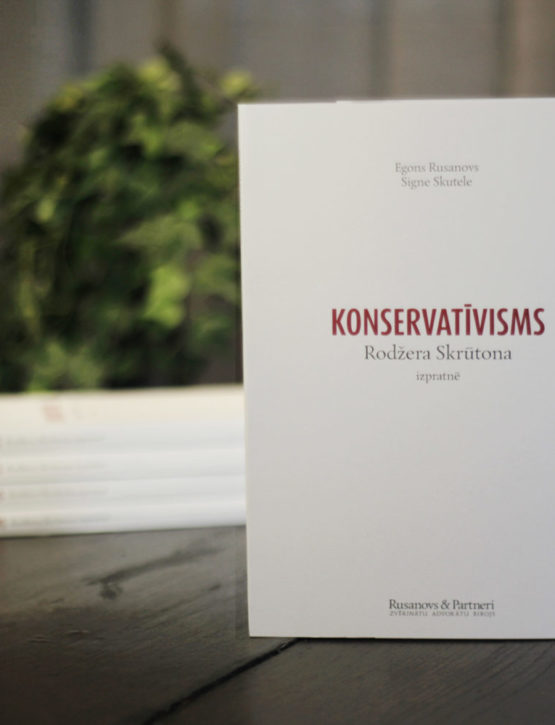 Conservatism from the perspective of Roger Scruton

This book is a publicistic study about the British philosopher Roger Scruton’s views, in which the authors Dr. iur. cand. Egons Rusanovs and Mg. iur. Signe Skutele could not always join him, but they most definitely expand one’s range of knowledge, encourage thought about various issues and problems, to explore the ideas of conservatism, looking for the answer to the question – what exactly is conservatism?

Not agreeing with his father, who expressed blatantly socialist views, and not accepting the notion of conservatism as a symbol of oppression and stagnation, Scruton, after having experienced the 1968 civil unrest in France, became an Edmund Burke type conservative thinker. Scruton opposed the ideas of the revolution, which he believed called for the destruction of everything, including the good – ancestral history, customs, traditions. Instead, he advocated for reform, in which step-by-step improvements are made to the existing system, preserving the «ancestral heritage» that defines both the identity of the individual and the people. Scruton is considered by many to be one of modern day’s greatest conservative thinkers, while some call him an extremist. In any case, Scruton is undoubtedly an interesting character with a firm opinion. The main motive of all his work was love for his country and freedom.

In the opinion of this book’s authors, it is valuable for inquiring and thinking peers to know more about the extraordinary and uncomfortable British philosopher Sir Roger Scruton (1944—2020).

This book is only available in Latvian. 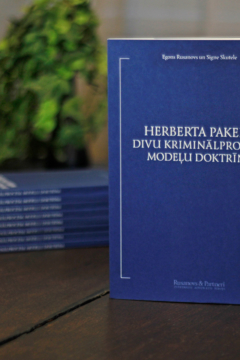 Herbert Packer’s doctrine of two models of the criminal process

ctive when preloader is running -->